Here is the list of countries and regions that we feature on Travel by Dart season 2. 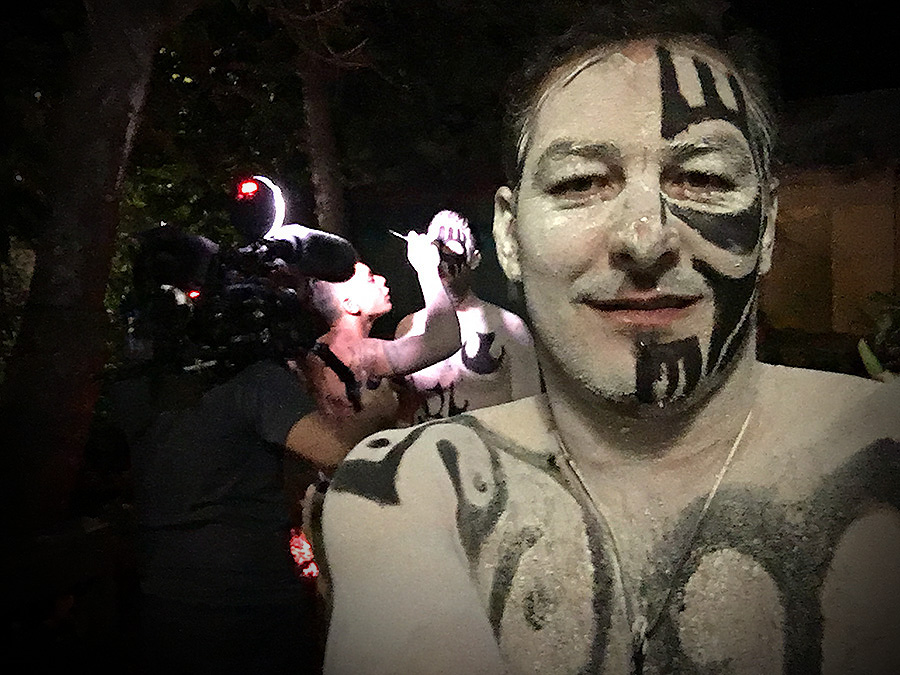 We're just about to release the official Travel by Dart series! On this page, you can enjoy the webisodes leading up to the Easter Island trip, including all the clips on this mysterious island. In the part, we have special guests Chris Tucker ('Rush Hour') and Enrique Arce ('Arturo Roman' from The Money Heist/Casa de Papel). Subscribe to our Travel by Dart channel to be the first notified when a new episode comes out - HERE! Subscribe HERE to receive news and updates from our crazy adventures via email. That includes prizes and eventual offers for you to come on the show. After the Easter Island unforgettable visit, Sorin throws a new dart at the world map. He hits Indonesia and decides to arrange the trip's timeline exactly around Matt's birthday. The vacation is determined in a non-traditional way, with a dart, so why would a trip to Indonesia be… average? The two friends reunite and go on a pirate ship for almost a week. The experience is filled with adventures on and off the boat, so this is an episode to watch. Matt's birthday doesn't go unnoticed by the ship's crew. Sorin prepares a new dart throw ceremony on the boat's deck. However, a big surprise happens when the dart is thrown.

Sorin and Matt split ways, so Sorin decides to throw a new dart at a map and take on the world by himself. He hits the middle of the Atlantic Ocean, the closest landmass being Bermuda! This episode features an incredible trip to one of the most mysterious regions of the globe: the Bermuda Triangle. Sorin dives into it and discovers the real story of this place with the help of a few local people. Did ships and planes vanish into the Triangle because of unexplained forces or human errors? After seeing a shipwreck with his own eyes (and camera), Sorin looks more into the history of this country. The episode ends with a new throw at the world map in a crazy, fascinating setting: a cave. This episode is probably the most random travel show you will ever see. At the same time - it's one of the most complete shows when it comes to Uruguay's traditions and customs. Sorin falls in love with this country, as it is one of the most developed nations in South America. A pleasant surprise is up for grabs. From learning about local wines to visiting the most extensive pencil collection in the Guinness Book of Records, Sorin gets to dive into the local dances and traditions - such as the Murga. Face painting and weird-looking behavior - here are some perfect ingredients for this episode's success. Click play. 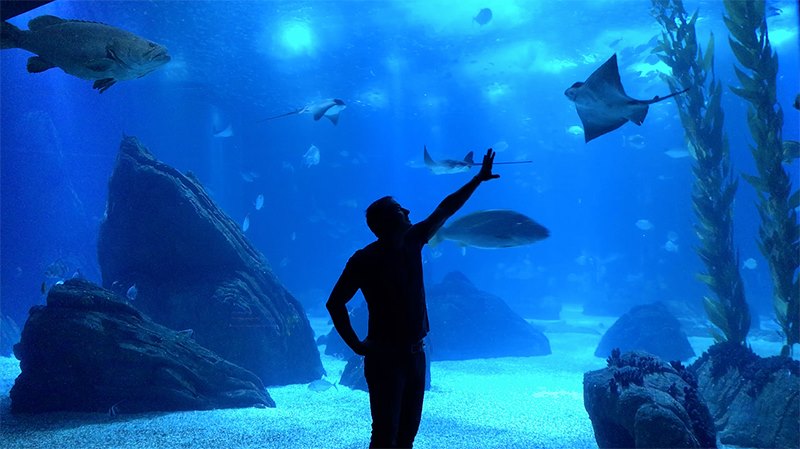 While in Bermuda, during the last episode, Sorin threw a new dart at the world map and hit Portugal. The dart landed in the Atlantic Ocean, but the closest country was Portugal. This episode features the host taking on Lisbon, the capital city. From discovering Fado - a famous Portuguese song ritual, usually with a melancholy theme and accompanied by mandolins or guitars - to visiting Castle Sao Jorge, Sorin immerses himself in the Portuguese culture. The episode also looks at the popular tram system and the incredible Lisbon aquarium. As usual, the show ends with a new dart at the map, but this time around, the setting is entirely unexpected: the balcony of his rented apartment. 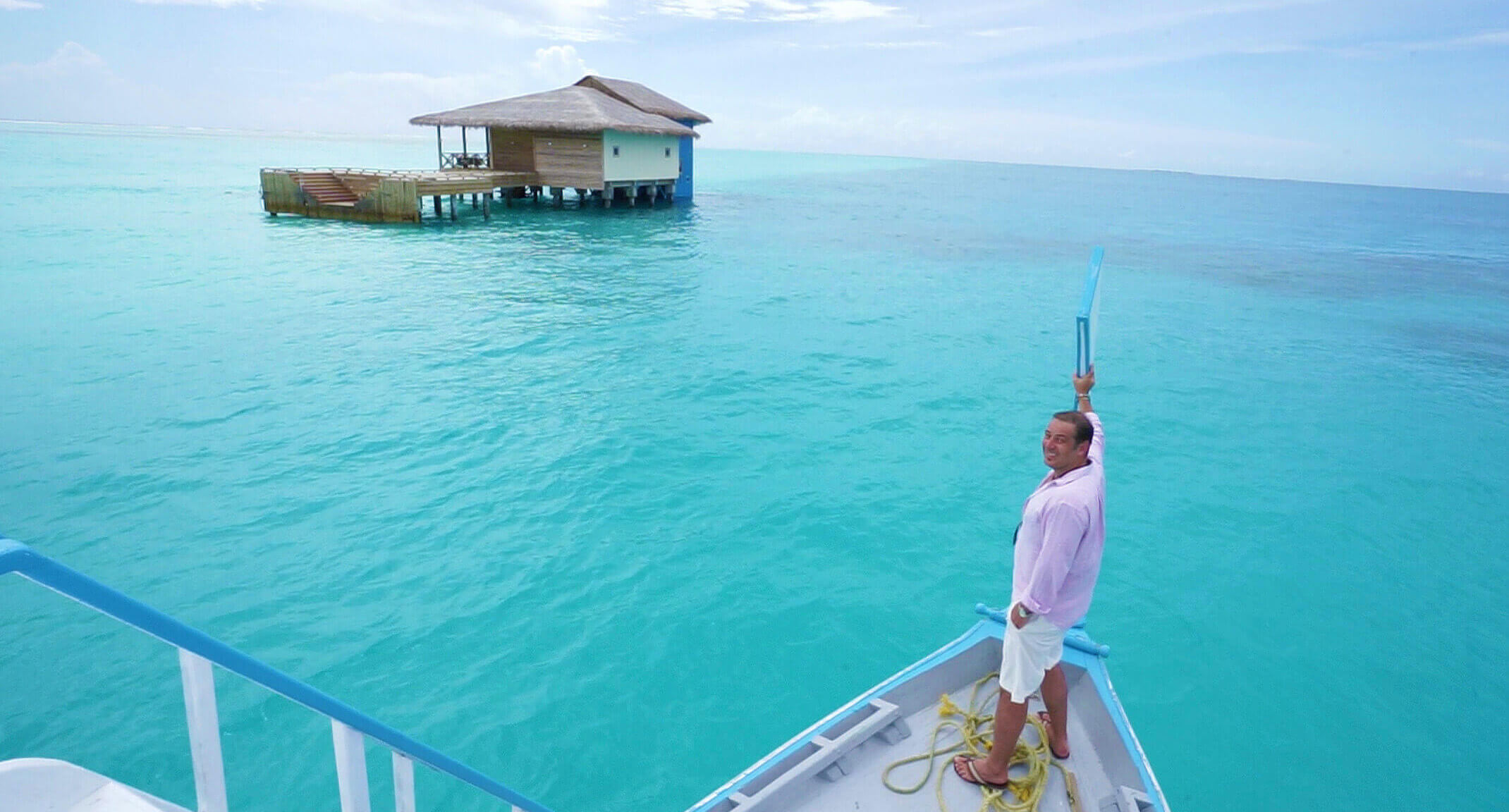 The Travel by Dart team is proud to partner up with the Maldives Tourism Board and The Island Chief, to bring you - most likely - the best episode out of the whole series. Underwater restaurants, seaplane rides, sandbanks and some of the best liveaboards - all will be part of this exceptional show. Rest assured you will be in for a treat. Watch the Maldives trailer below: [sharethis-inline-buttons] Until the episode from the Maldives is ready, enjoy our other adventures or follow us on Instagram at @sorintv or @travelbydart, as we are growing for the launch this coming fall! If you are from Maldives and want to partner for this show, please let us know at: hello@travelbyda

Because the Cuba trip was absolutely incredible, this country has 2 episodes in the first season of Travel by Dart. Let's take a look at an overview of both. During his trip to Uruguay, Sorin Mihailovici threw a new dart at the world map and hit Cuba in a dreamy setup. This episode represents a refreshing way of looking at things in the beautiful country, which endured too much over the last decades. Sorin starts in Havana and introduces the viewer to the famous Cuban classic cars, explaining why they are so many and what's so special about them. Then he takes a trip to Vinales, the world's most-renown area that produces cigars. You get to see how the high-sought Cuban cigars are made, 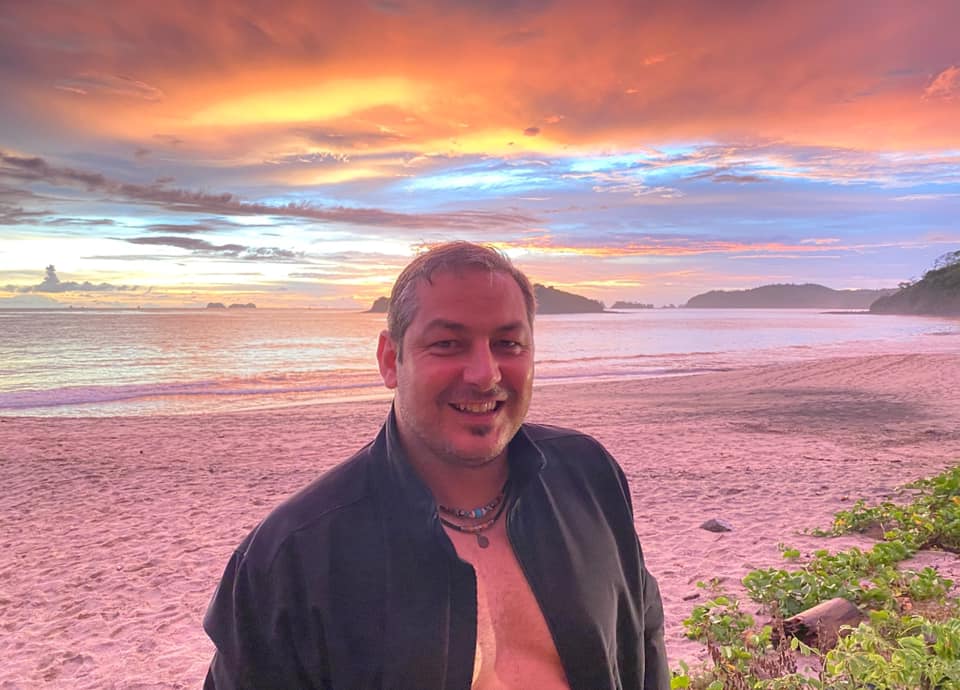 Spanish is one of the languages that Sorin is speaking, so when it comes to countries that he visits for the Travel by Dart series, a Latino region is a gift. This episode features the only country in the world that doesn't have an army but provides a million happy adventures in between. Mihailovici jumps into a series of adrenaline-rushed activities, from getting to the hardest-to-access waterfall in the world to ziplining and ATV riding. While in Costa Rica, Sorin also finds himself in a crazy, magnetic field, in the middle of nowhere, as his car starts moving by itself up the hill. To sweeten up the things, a full-body massage in chocolate is a bucket list item that finally comes t 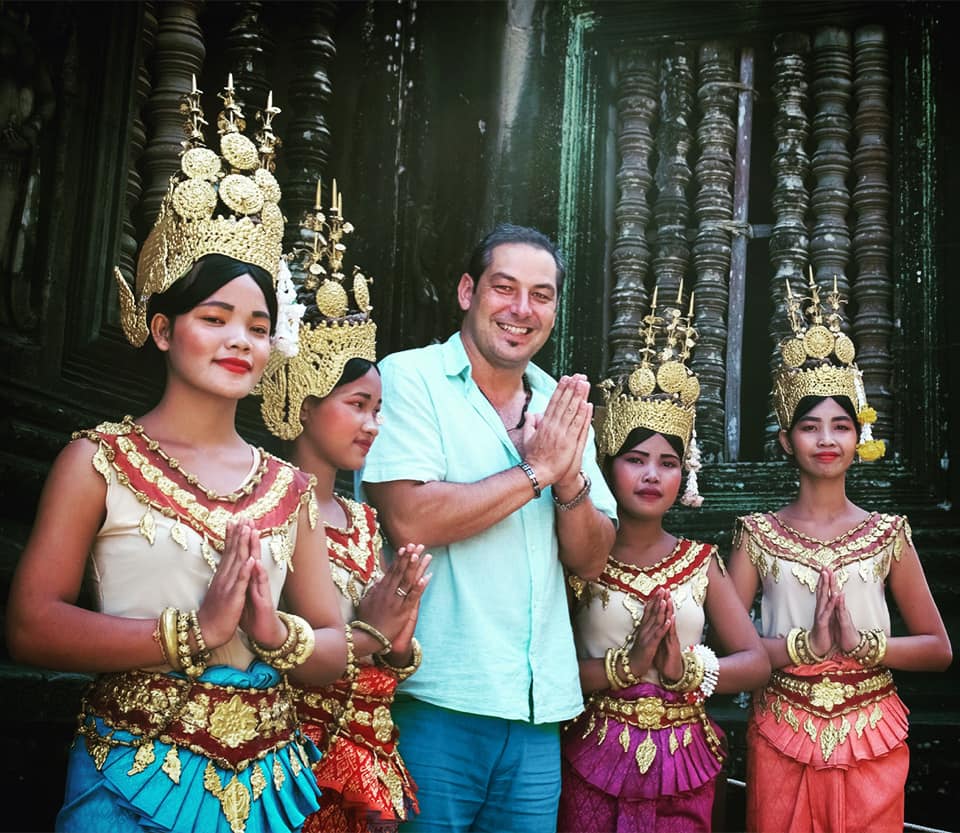 Travel by Dart is a series that features countries that are not necessarily top tourist attractions. However, Sorin finds all the hidden gems that make a region stand out. It is the case of Cambodia, too, a country that became one of Sorin's all-time favorites. This episode shows Sorin discovering the unseen beauty of the nation. The host takes part in an emotional Buddhist monk ceremony, then plants mangroves and immerses himself in the villagers' lifestyle. A great visit to the famous Angkor Wat is a must, but his favorite part was a sunset expedition on a boat similar to Orient Express. The episode is not complete without a few personal touches and stunts, so this is another must-s 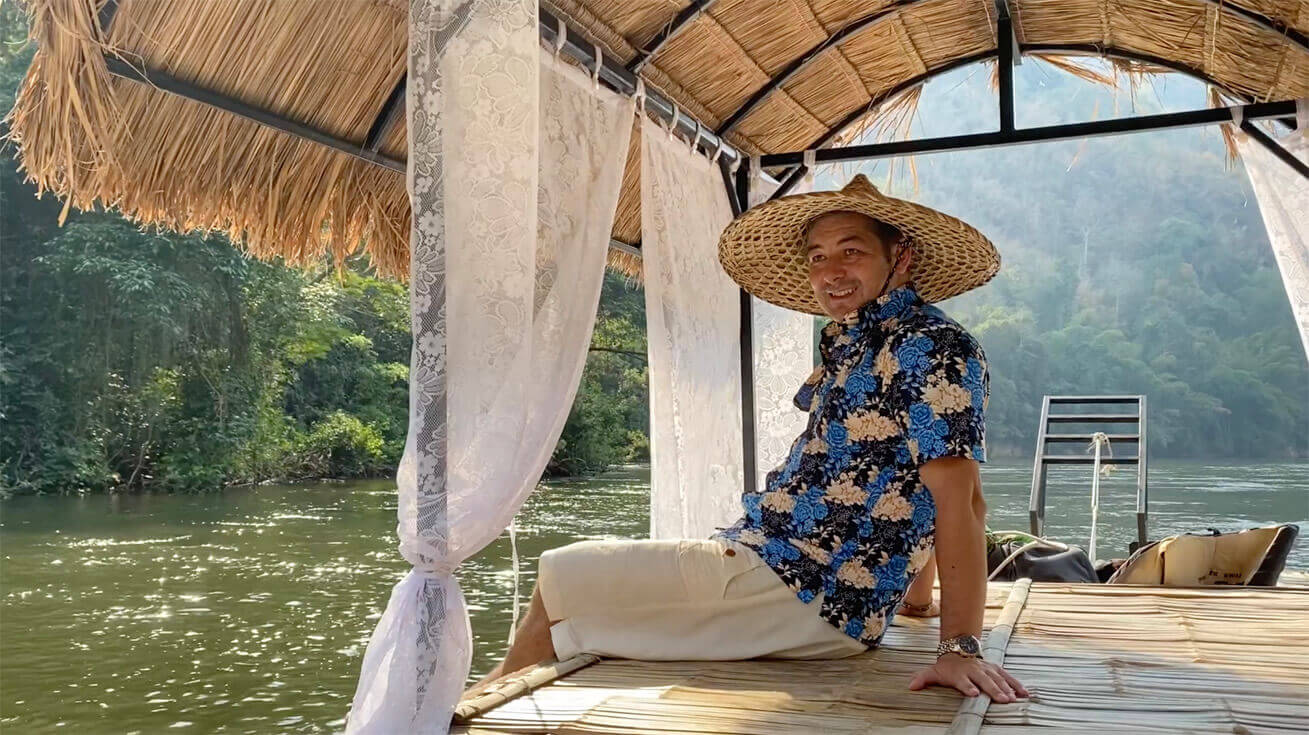 Thailand is also a country that offered Sorin spectacular experiences, so there are two episodes back-to-back in the first season of Travel by Dart. While blindfolded in Cambodia, Sorin threw the dart at the world map and hit Thailand ("the Land of Smiles"). An incredible journey that spreads throughout two episodes, this adventure features everything you need to know about Thailand and its culture. The first part showcases Bangkok and its crazy good vibe and balances modern times with history. Sorin meets a Brit who came to Thailand to visit the famous River Kwai Bridge, not for tourism, but to track her father's footsteps. The old man vanished during the bridge-building. The search i

Visiting Iceland to film an episode for Season 2 in February, 2022. 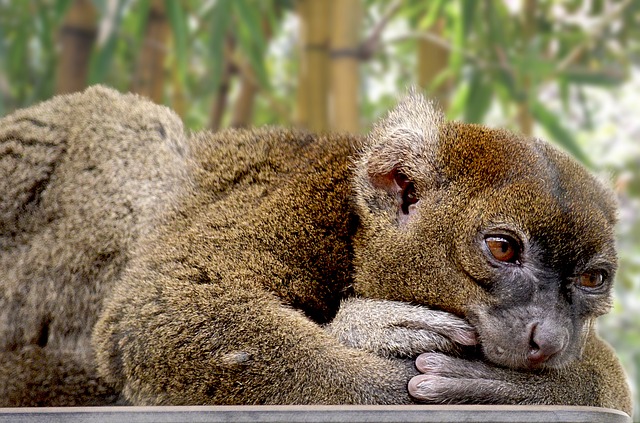 Going to Madagascar to film an episode for Season 2 in February, 2022.

Read More
Partner for this episode