Our Story - Travel By Dart 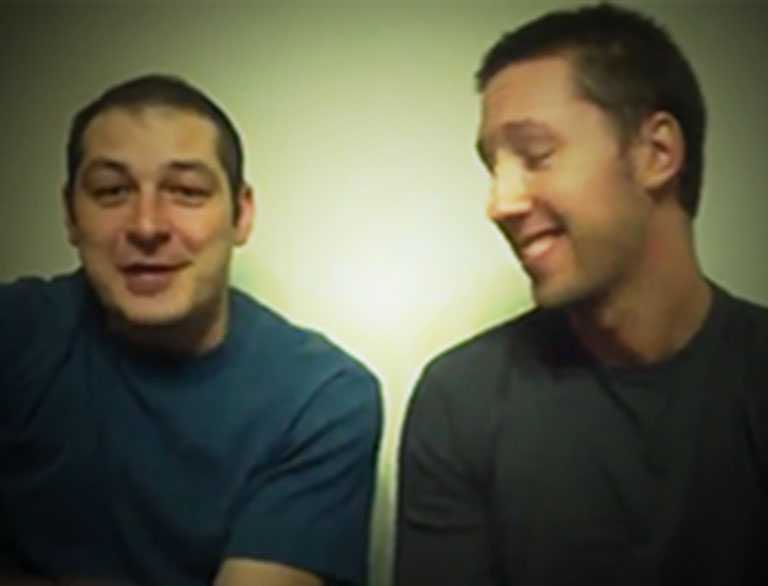 At a networking event in Edmonton, Alberta called Art of Conversation, Sorin and Matt met for the first time. Discussing a new start-up that Sorin had been working on, the two clicked and found that creativity and resourcefulness was a strong commonality. Friendship made.

Both working 9-5 jobs and running multiple small business ventures on the side, the two worked non stop day and night, helping each other out to get ahead in life. One motto always stuck with them: Impossible is an opinion. Determined, they would both work all day and all night, consistantly. After two months of working on projects together, Matt asked Sorin what his ideal success would look like. Sorin said, "To be with all of my friends and family together, take a dart, throw it at a map of the world and go wherever it lands... taking everyone with me. 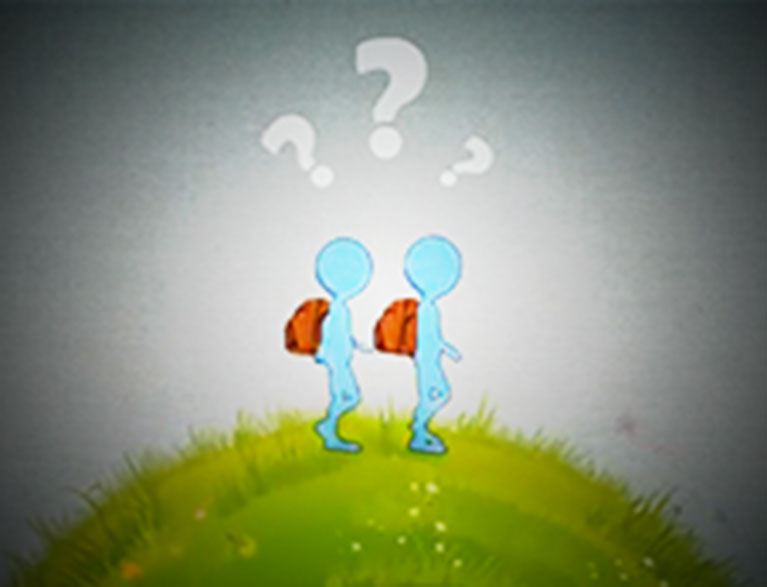 Rather than waiting for life to happen, Matt and Sorin decided to drive to Walmart, buy a set of darts, a world map, and throw the dart right then and there. With a $20 bet from their friend Julian as a challenge and an iphone in hand to record proof that they agreed to it, they had no choice but to get it done. 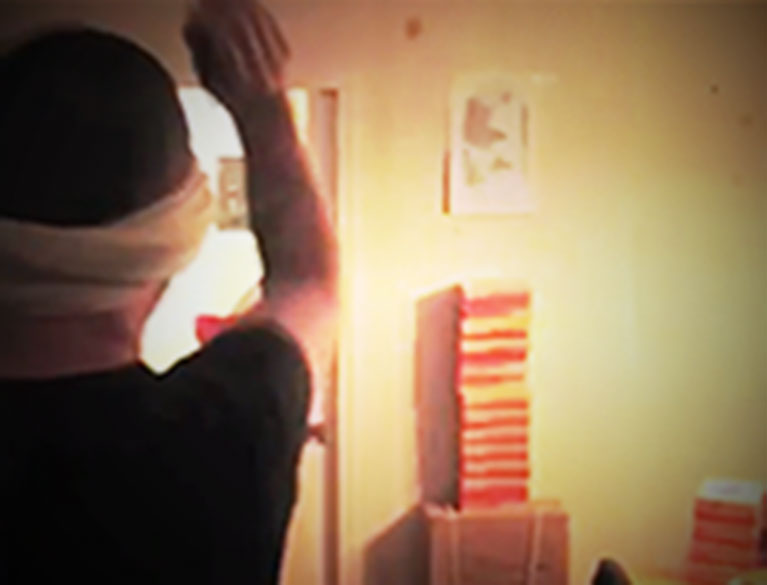 The deal was that they would both throw a dart blindfolded to determine their location of travel, then flip a coin to decide where they would go. Sorin's dart landed on the tropical waters of Azores, Spain. Matts dart... The North Pole. The coin landed on tails, which was ironically a polar bear (and Matt's throw). Destination set. 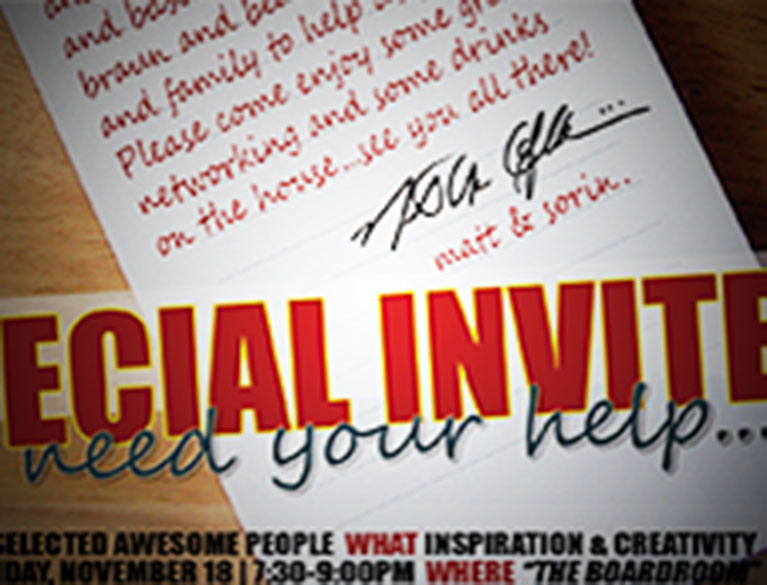 Hosting a focus group with 25 creative people was the best choice they ever made. They discovered they were out to lunch on their attempt and needed a relevant cause that could promote their journey and inspire others to live. Svalbard was home to 2500 dying polar bears. Cause found. 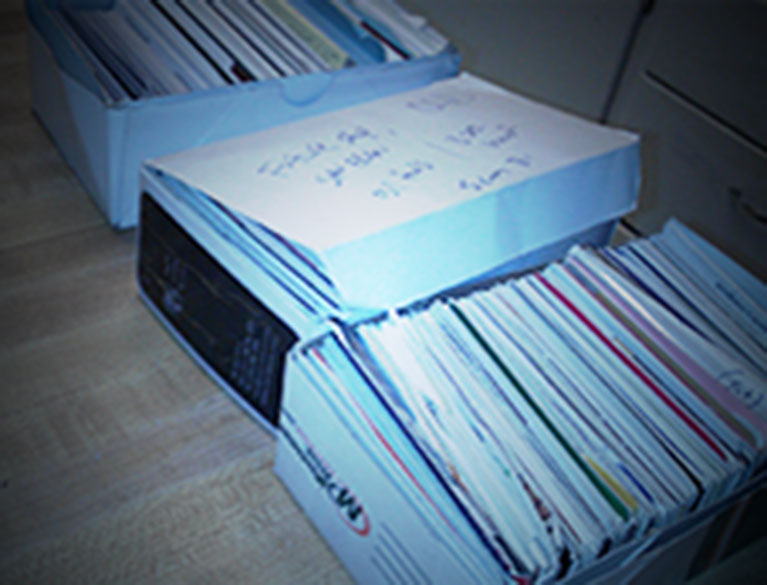 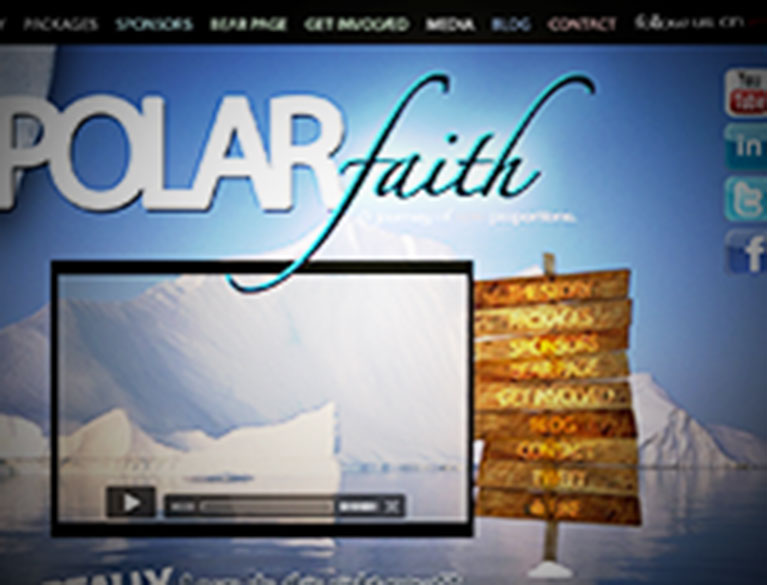 They coined the name "Polar Faith", built a website around it and contacted everyone from media to friends and family to showcase what they were doing. The website was a smash hit! They were featured on multiple news channels as the crazy guys spending christmas in the north pole to film polar bears. 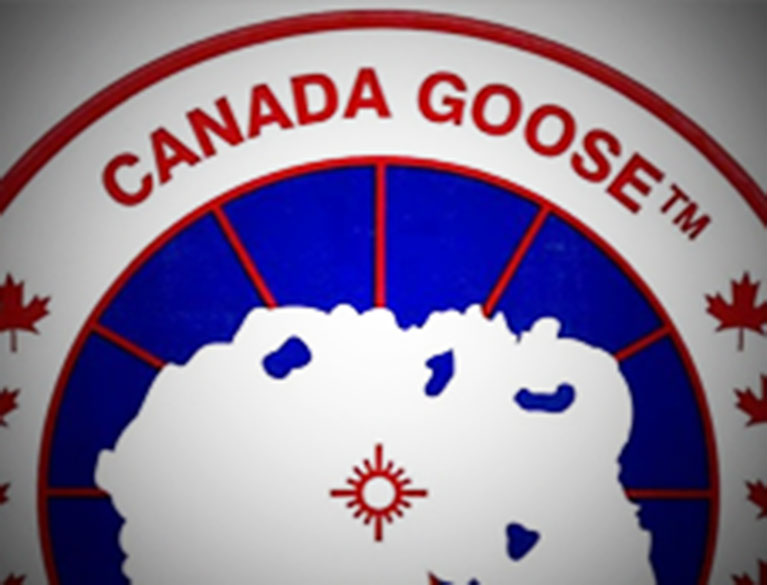 Rather than asking everyone for money, they broke down their needs for the trip into categories. From flights to hotels, camera gear to clothing, they pitched over 800 companies. Canada Goose was the first to support the dream. $5000 of arctic gear was shipped out to them to help! 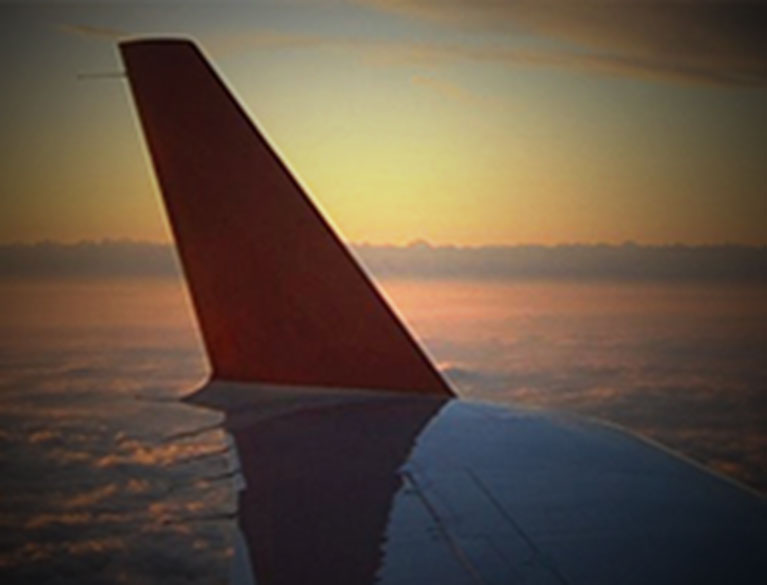 With half of the trip money raised and an online fundraising campaign happening while they were boarding the plane, faith was high and they believed the rest of the money would be raised. They went on TV and said goodbyes, and the greatest journey of their lives began.

How It Took Off: Pilot Episode

Soon after take off

Soon after the dart throw the story began to spread of what the guys were doing. They were invited to tell their story on a few television networks and the story took off faster than they did

From placing calls to radio stations while sick with bronchitis in the hotel room (swimming in an arctic ocean is not smart), to writing and uploading personal videos in their travel blog about all of their crazy journeys, the two became loved for their adventurous and kind hearted spirits.

Upon arrival the two had no idea what to expect. Follow ups to emails, delivering sponsorship packages from the website orders and editing short videos to businesses who sponsored them for an exchange of their services it was a hectic time. Though, they never knew it would blossom into something really special. 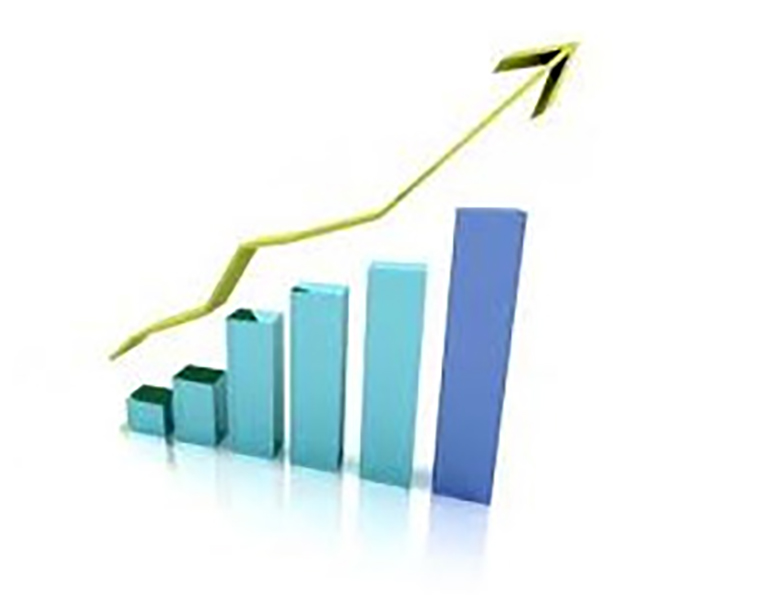 One evening a very exciting call was made. Before coming back home, Kjersti Noras, the head of Svalbard Tourism had believed in the two so much for what they were doing that she signed a sponsorship deal with Polar Faith for $10,000. The day of the phone call was the day the cheque came through from Norway. The trip had been officially paid for. One of the best bucket list trips ever.

After some time the first episode was completed. Matt took off to the US for studying and Sorin kept strong with the job and business in Canada. The two Skyped online weekly with plans to rebrand the new site and concept, launch a new name and set up a fundraiser to reflect their new cause. The day school had ended 9 months later, the two were interviewed on multiple news stations and would reunite to hit the ground running... and fast. 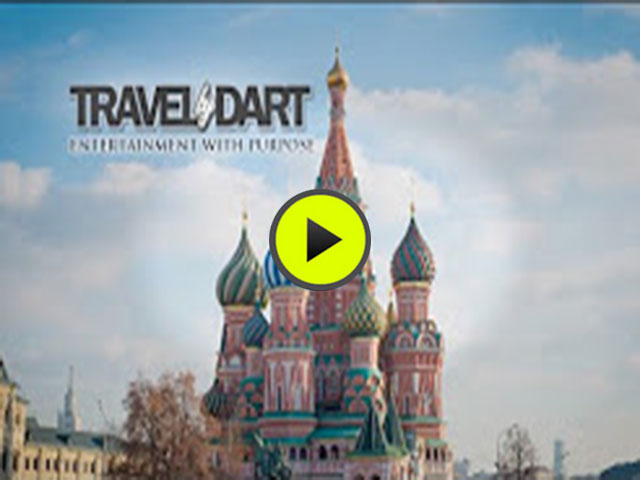 How It Started: First Online Episode

The story behind their very first episode:

Matt and Sorin were debating if they should name the Svalbard adventure "episode 1", "the pilot episode", or simply just the "pre-concept version". We stuck with the last one, since there was a lot of work to be done until they can guarantee to do a season.

As they initially threw the first dart out of fun, they had no idea what kind of snowballing effect and impact this project would have. The Polar night experience would one of a kind, perfect for their adventure travel. As the random destination chosen by the throw of a dart was finally reached, they documented the trip, and set off into the wilderness. They coined their adventure "Polar Faith", as the initial thought of the Travel by Dart brand hadn't been thought of yet. Then, the Russia episode was "the pilot", and now - as the Season 1 just kicked off in 2021 - they can call them episodes!

Awareness to the Polar Bear plight:

Let's go back quickly to the "pre-concept version" (the Svalbard episode). With thoughts on how to build a great story and do something greater than just travel to a freezing cold destination, they had goals to help the polar bears. Partnering with World Wildlife fund seemed the perfect thing to do, so they made some calls. In the end, a massive awareness to the region became the thriving outcome of their first episode. As $5 from every online donation pledged for the trip would go toward the WWF for the protection of the polar bears, and with the two officially adopting a polar bear, the seed was officially planted for what would soon become the basis of an entire show. Traveling to help the people or the land, and doing it by the throw of a dart. 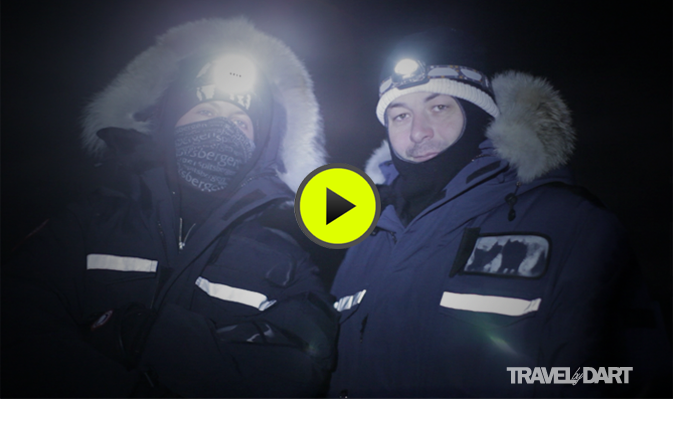 In the media: where will they go next? 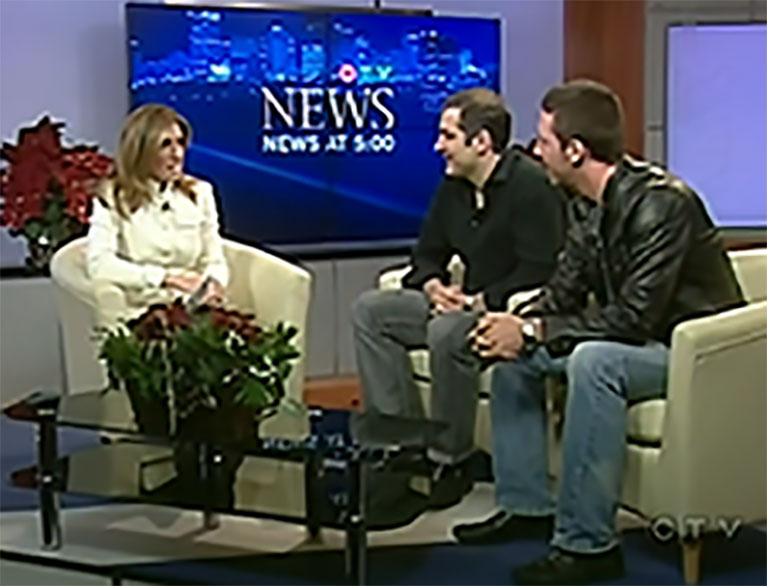 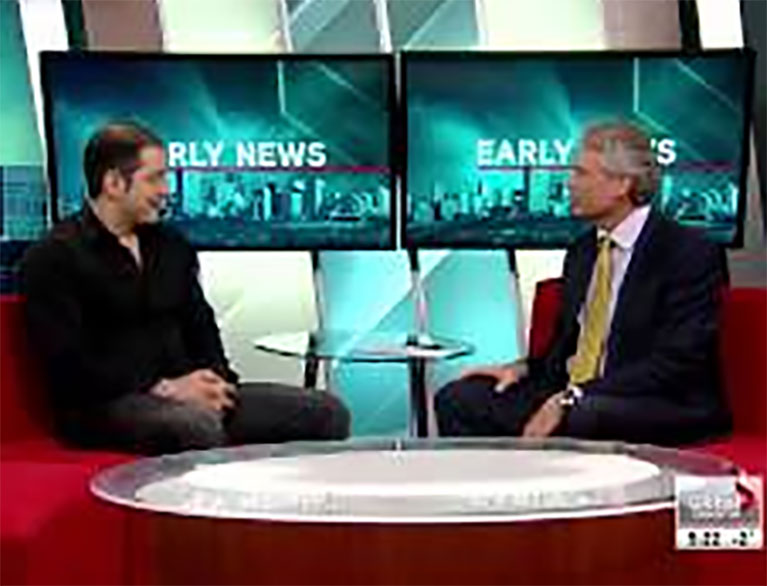 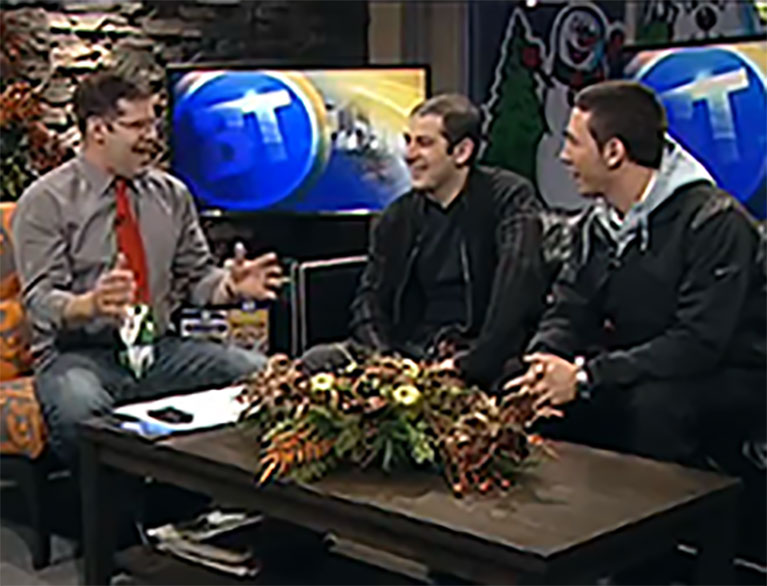 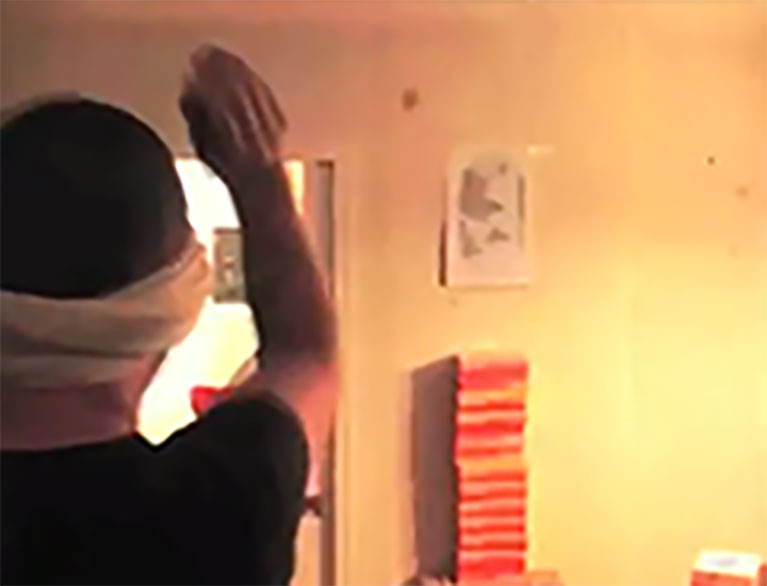 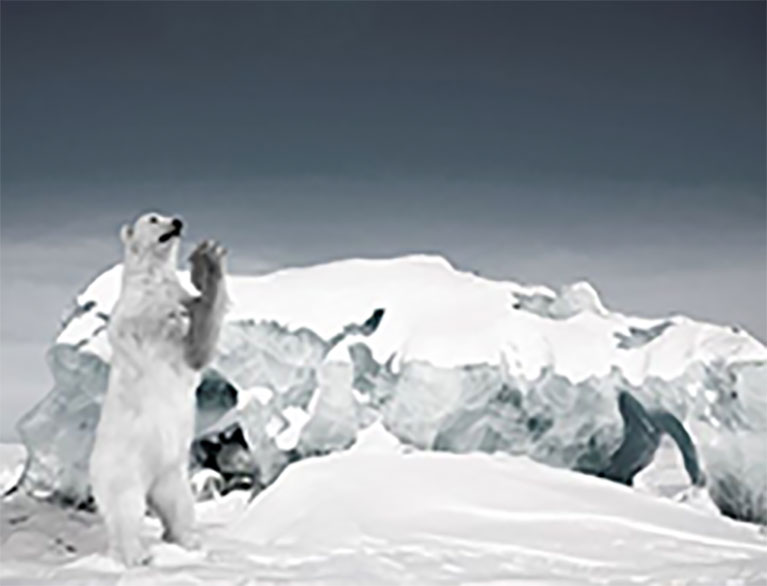